Thanks to all that attended the June meeting.  Lot’s of interesting discussion and demos as usual.

Some highlights were Klaiviel giving an in-depth look at the state of 3D printing with a focus on weapons and some of the issues surrounding it.

We later headed for the roof of Bucketworks to learn about DirectTV hardware installations and some of the tools the pros use.  We got to learn about different satellites  and had some really good discussions while the ISS zipped past brightly in the night sky.  Thanks Darkwind.

dw5304 took over next and showed off some 40Gb Ethernet gear along with a demo.  We also had fun exploiting some really awful security of a customer management portal that dw5304 stumbled upon. 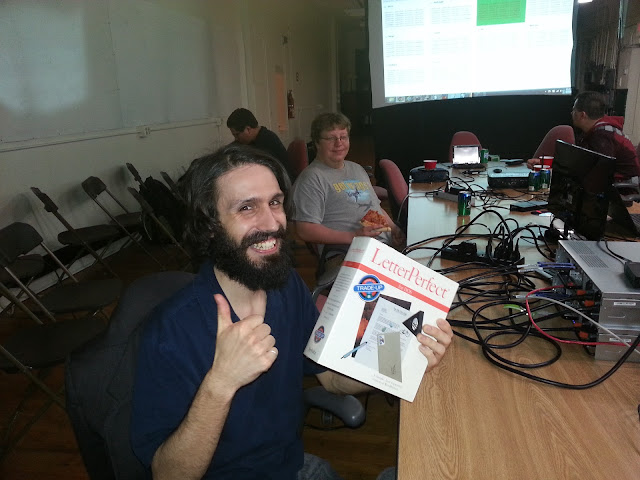 edgewalker was one of the lucky contestants to win the Free Junk Giveaway.  Enjoy the LetterPerfect software on your IBM/DOS compatible PC!

Some pictures courtesy of our beloved overlord, AnarchyAngel.