The May meeting was another great one. Both Ngharo and my self were late because of traffic and junk so darkwind got things started with his popular demo of sniffing pager messages from the air. I Showed up at the tail end and when he was done I started the introductions. It was good to see all the new faces. After everyone talked for about 15 minutes I gave a live demo on using actionscript “flash” to inject a XSS exploit into a other wise secure website. Then Noize took over and gave a interesting live demo of getting IP addresses from contacts on Skype. Then dw5304 showed some of the features in the untangled firewall software. Congrats to ALee for winning the dc414 free junk giveaway!! Here are some pictures I took of the meeting.

ALee and his winnings! 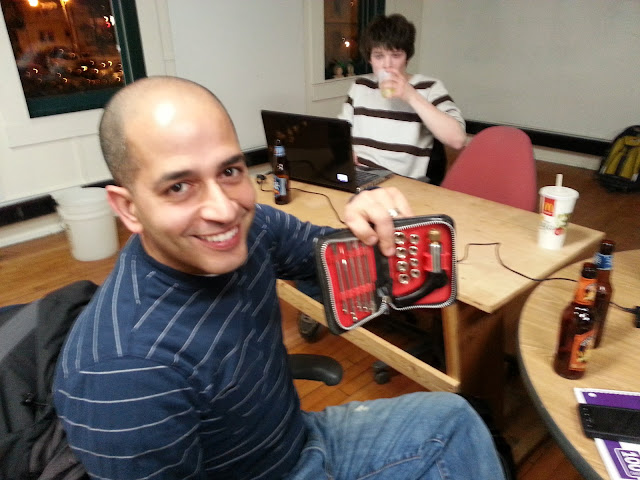