July’s meeting was hot in more then one way! First I would like to thank genero again for his genorous donation for the raffle, which put a solid $200 in the 3d printer fund!! Also congrats to faraday for winning both the raffle and the Photoshop and WIN contest!! I know it took forever to pick a winner but we did it damnit 😛

ngharo started the demos off with talking about how he set up dc414’s new astrisk server using google voice as the SIP trunk! Then showed us how he set it up to use NMAP to scan IPs from asterisk and speak the results to you over the phone! Klaiviel took over and made Ngharo a case for his raspberry pi and a penny launcher with his sweet 3d printer. Then I stepped in and showed everyone how to send spoofed emails from the dc414 server using the email spoofer web app, then how to send spoofed txt messages using the same app 🙂 Then Tony used a SIP provider that allowed for spoofing CID to spoof a call to Vlad. Then dw5304 wowed us all with a SNMP scanner he made, showed us some of the results like accessing a routers, modems, and windmills!!

Here are some pics from the meeting thanx to cmoney and congrats to Castor for winning the dc414 free junk giveaway!

Here is Faraday with his raffle winnings! 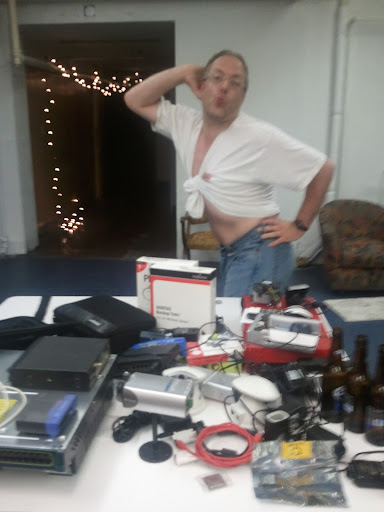 Here is Castor and his free junk from dc414 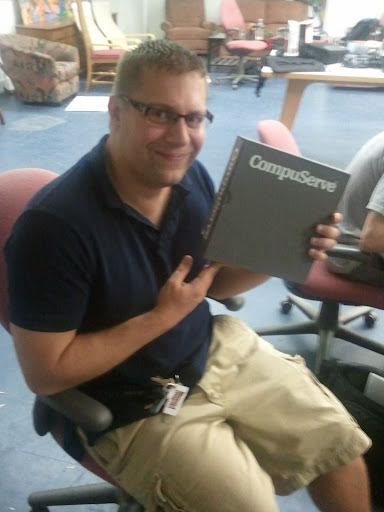