Posted on February 7, 2012 by AnarchyAngel

February’s meeting was another one for the books. We had a full blown G+ hangout setup complete with a projector and a hand cam. A big thanks to bneu for providing the cam and darkwind for the capture device. I started the night off by making few big announcements about me and ngharo speaking at THOTCON and how dc414 was picked by OpenDNS as a awesome user group “more on this later”. Then dw5304 informed us of Bucketworks network and finanical situation and I’m proud to say dc414 stepped up right away. bneu is making a huge network equipment donation to Bucketworks, all dc414 donations for the night went to Bucketworks, and dc414 is going to put together a fundraiser for Bucketworks. More on all this later.

I started the presentations off with a big fail on cracking wep “ikr” I felt like a total n00b. I can do it I swear, lol. I did redeem my self by owning a VM system on a PBX by using a 0day I have “No I will not be giving out details on this, other then to those at the meeting and I will never do it again. Its mine!” I didn’t stop there, to further redeem my self I gave a little demo on fimap and opened up a shell on a live compromised server 🙂 The fun wasn’t over yet. Vladimir gave us the 101 on Cat5 cable and a step by step to making your own cables. Then Vladimir and Darkwind had a cable making race and Darkwind smoked Vladimir bad! Thats not all, dw5304 replaced the back light on an old laptop, something I didn’t even know you could do. He took the screen apart and explain each step, then Vladimir schooled us on just how LCD’s and such work. Thank you every one for your hard work!

Thanks to cmoney we have tons of great pictures from our last meeting here. Congrats go out to the free dc414 junk give a way winners, Dan, Darkwind, and to Joel for winning the free THOTCON ticket.

Here is Dan and his new palm one mobile keyboard: 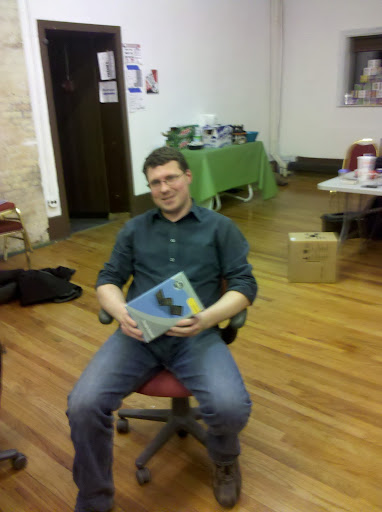 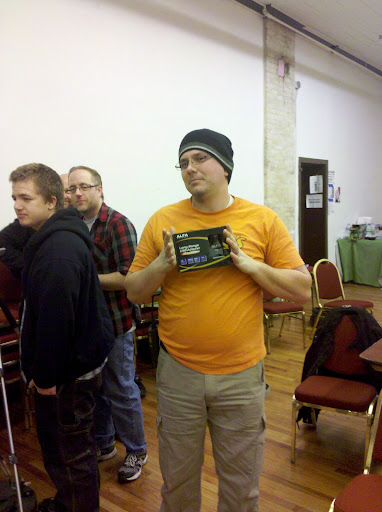 Here is Joel after winning the THOTCON ticket: 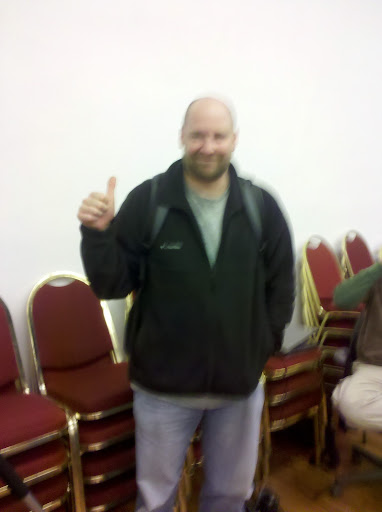 Ok thats it, peace out.